Hydrocephalus means water on the brain. It is occurs when there is excessive production of cerebrospinal fluid (CSF) inside the skull or inadequate reabsorption. Excessive accumulation of fluid within the limited space of skull imparts pressure on the brain and can causes damage to the brain tissue. It mostly occurs in children but may also occur in adults and old people. It may occur due to birth defects, genetic defects, infection of the central nervous system, traumatic brain injury, intracranialhaemorrhage or tumours of the brain or spine. The diagnosis can be confirmed by CT or MRI scan of the head. Sometimes lumbar puncture and examination of the cerebrospinal fluid is also done. 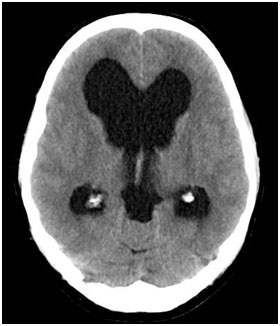 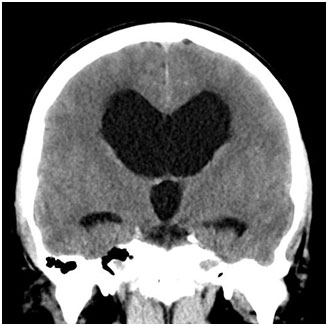 Treatment aims at improving the flow of the cerebrospinal fluid from the brain. It is done surgically by directing the brain fluid to other parts of the body such as abdominal cavity by placing a flexible plastic tube (shunt), from the brain to that region where it is absorbed. The flow rate of fluid is controlled by a valve which is incorporated into the shunt system. The shunt may get blocked, separated, kinked or infected.