Ossification of the Posterior Longitudinal Ligament (OPLL) is a condition where the ligament (band of fibres) that runs along the back of the bone (vertebral body) and disc literally hardens into bone. OPLL usually affects the cervical spine (i.e. neck). The cause of OPLL is unclear, but it does appear to be more common among people of Asian descent. In OPLL, the space (spinal canal) for the nerves and spinal cord may become narrowed, leading to nerve or spinal cord compression. 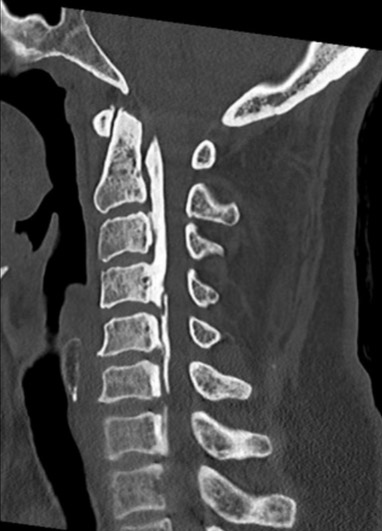 Medications, such as anti-inflammatories, and cortisone injections may temporarily alleviate pain. However, OPLL may progress over time and once there is pressure on the spinal cord, surgery is usually necessary to prevent further, potentially irreversible damage. Depending on the individual case, surgery can be performed through the front or back of the neck, or both. Surgery through the front (i.e. anterior approach) directly deals with the OPLL, but is associated with a higher risk of spinal fluid (CSF) leak because the OPLL is often stuck to the dura (i.e. the covering of the spinal cord and nerves). For this reason, surgery through the back (i.e. posterior approach) is usually preferred, allowing the spinal cord to ‘drift back’. However, the posterior approach may not work in all cases, especially if the OPLL is very thick or if the neck is bent forwards (kyphosis).