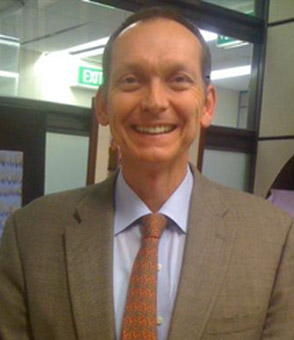 Andrew Bleasel is a Neurologist at Westmead Hospital and a Conjoint Associate Professor with the University of Sydney. He became interested in epilepsy while training in Neurology and went on to a Clinical Fellowship in Epilepsy at the Cleveland Clinic Foundation. He came to Westmead Hospital in 1996 where he is the Director of the Epilepsy Unit. He was the Head of the Department of Neurology; 2008-2016. He was the President of the Epilepsy Society of Australia, 2010-2012 and remains on the ESA Executive Committee. In 2016 he joined the Westmead Clinical School, Sydney Medical Program where he is Deputy Head of School and Academic Lead, Education. He teaches Clinical Epilepsy and Neurophysiology throughout South East Asia and Australia.